After few days from the World Cup’s beginning, I found many tourists didn’t know where they could see their favorite soccer teams…
Of course, there are many pubs in town…they all have a television…moreover there are 2 huge screens at the Mercato Centrale (http://www.personalconciergeflorence.com/mercato-centrale-the-first-floor/) but in this hot summer there isn’t any better thing than looking at your favorite soccer team open air, together with other people, drinking a fresh beer with friends!
So here I am to reveal you where Florentines will support Italian team and many other teams playing football.

The closest area to the center of Florence is in Piazza dei Ciompi. Under the loggia a projector (which screen is coming up and down upon needs) is set-up to show the main games. 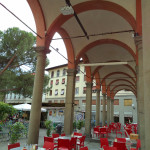 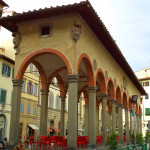 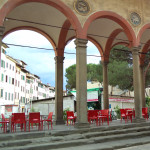 Another place which is pretty close to the center is the beach “Easy living” at San Niccolo’. …yes, of course: we don’t have the sea but we do have a beach! (be careful: you can’t take a bath in the Arno…but surely, you can get a very nice sunbath!)
It is sited in Lungarno Serristori, right under the steps which will keep you to Piazzale Michelangelo.
There is a huge LED screen, a bar, there are beach chairs and a chemical toilet. Above the beach there is a nice place where my friends and I during the summer, are used to go for aperitifs… 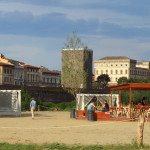 Bar in the beach along Arno River 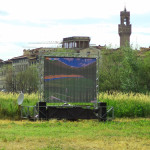 Big Led Screen along the Arno 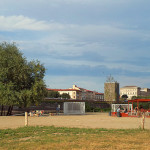 Bar in the beach along Arno River

Going always along the Arno River, in south direction there is a very easy-going place under the trees shadow: “Il Fiorino Sull’Arno” at Lungarno Pecori Giraldi. Basically it’s where the big tourist buses stops. There is a bar, a big screen and wood chairs and table where you can sit together with other people. 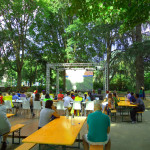 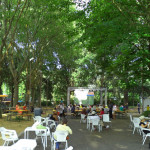 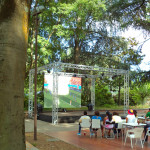 Another pretty area where you can see the Soccer World Cup is the “Off bar Lago dei Cigni” at Fortezza da Basso gardens, in Viale Filippo Strozzi.

Then, a very Florentine area is close to Via Ghibellina: Largo Annigoni. It’s a hidden square among buildings…You’d never guess there is an open air space with a projector to see the match. In the square there is the very famous “caffè letterario” http://www.lemurate.it/wp-content/uploads/2014/06/eventi-caffe-letterario-giugno.pdf (the website is available just in Italian language) 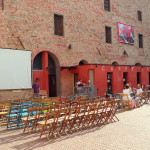 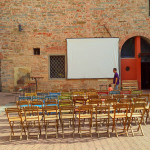 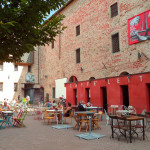 Finally there is La Limonaia di Villa Strozzi, located in a very nice setting in the gardens of Villa Strozzi, where you will have the chance to watch the game outside or inside, in case of rain. A pizzeria and a bar will always be open http://www.officinecreative.fi.it/mondiali2014/ (unfortunately another website available only in Italian language…)

Now you know where are the public best places to watch your favorite team are. Have fun and Forza Azzurri!!!