It was a cold and sunny Sunday. I was wandering around the hills of Florence when I bumped into a very interesting historical place: the Antico Spedale Bigallo.
The ancient Bigallo hospital, also known as Fonteviva, is a historical building in Bagno a Ripoli, near Florence. 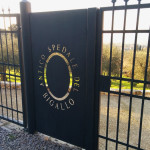 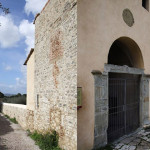 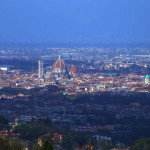 It was founded in 1214 along the ancient Via Aretina. Originally designed to help the poor and to offer assistance to pilgrims, it probably owes its name to its location at the “bivius Galli”, or rather the junction between the old Via del Gallo and Via Aretina. From 1245 it was under the ownership of a Florentine fellowship called Compagnia di Santa Maria Maggiore, which only later became known as Compagnia del Bigallo, clearly named after the shelter. The coat of arms of the fellowship, which can be seen both inside and outside the building, not only shows a rooster with the initials SMB (representing Santa Maria del Bigallo) but also includes the crest of the Fellowship of Mercy – as a result of the merger between the two.

At the end of the 15th century, the complex became a convent for the cloistered nuns of Casignano, who used the building to provide a refuge to the poor and the wayfarers. In the 17th century the church was renovated and, in those days, a sacristy was built. 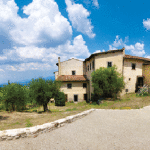 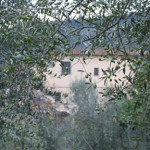 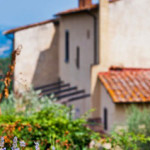 View from the top

In year 1808 the convent was closed and became the home of many families of farmers. Today, Bigallo is a tourist town.
If you want to learn more about its history, here’s a link: http://goo.gl/i0jnLx .

Back to my story… On that cold but sunny Sunday, both the building and the hostel were closed. At that point, there was nothing else to do but go home.
But as I walked back to my car, a very nice lady came out of nowhere and… she finally saved the day!
I asked her if I could visit the building and, to my surprise, she said: “Of course you can”! She opened the main door and let us in – adding that, unfortunately, we couldn’t visit the hostel.
The first thing I saw was the hostel lobby – and then a huge, medieval room, whose wooden truss ceiling was fully painted with a series of breathtaking frescos.
After that, we got into what must have been the kitchen, where there was a huge, medieval chimney.
Finally, we set foot on a very nice terrace – which overlooked the hills, and most of all, our wonderful Florence!
All the rooms had just been renovated and they were all pretty well furnished. 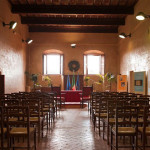 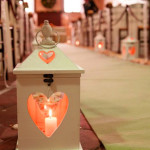 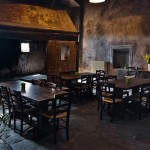 That’s been a real jump into the past.
I will always be grateful to the very nice lady who showed me those marvelous and fascinating rooms!
If you’d like to visit the Spedale Bigallo, go to their website and book a guided tour .
I suggest you also take a guided walking tour in the hills.

The Spedale Bigallo can also be a perfect and unconventional wedding location. A real gem just outside of Florence.